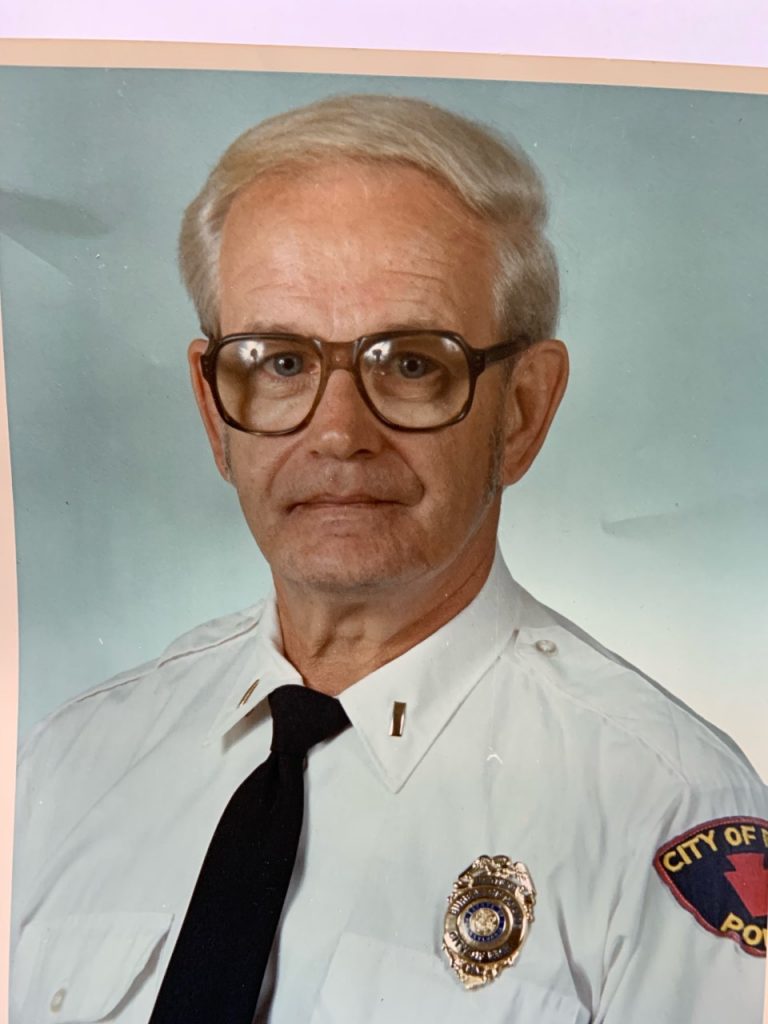 Chuck was a three-sport standout at East High School in the mid-1940’s. At 5’10”, 170 lbs., he was renowned as one of the greatest linemen to ever play for the Warriors, and he also starred in basketball and track. He was a four-year starter in football on both sides of the ball and was a first team All-City selection as a freshman. He was an honorable mention choice the next year at halfback despite missing most of the season with an injury. He was once again a first team All-City choice on the offensive line in 1945 as East finished 8-2, and made it four years as an All-City selection as a senior, being named to the first team. He capped his career as the MVP of the Save-an-Eye Game.  He blocked a punt and carried the ball over for the only touchdown in the game, as the East defeated the West in a 6-0 upset over the heavily favored West in front of 11,000 fans.  Chuck led the East basketball team to the 1947 Section One championship. He ran track in 1945, finishing second in the 220-yard dash at both the City Series and District 10 meets. He was also part of the 880-relay that placed second in the City meet. A U.S. Air Force veteran of the Korean War, Chuck served for 37 years with the City of Erie Police Department. Chuck continued competing well into his adult years playing slow pitch softball, basketball, and handball.