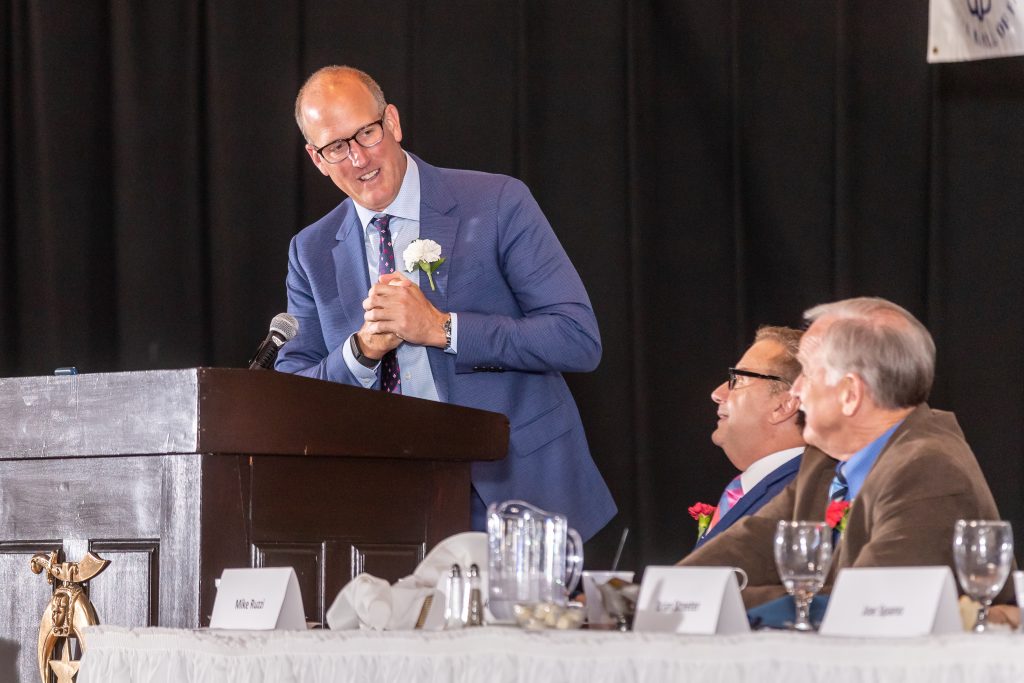 Jim enjoyed an outstanding career in basketball at Cathedral Prep, then moved on to the Naval Academy. During his senior year at Prep, he scored 645 points, none bigger than the game-winning 3-pointer in the 1991 McDonald’s Classic championship game, a 70-69 win over Brooklyn powerhouse Bishop Loughlin. Jim averaged a school-record 23.9 ppg. as a senior, a record that still stands today. He also set the school record for points in a game. He earned third team All-State accolades as a senior while concluding his career with 1,076 points, good for eighth all-time at Prep.

At Navy, he set the career record for 3-pointers made, which has since been broken, and helped the Middies make the NCAA Tournament in 1994. He graduated as Navy’s all-time leader in 3-pointers made in a season (76 in 1993-94) and a career (138), and still stands tied for fifth in season three’s and 10th in career three’s. He concluded his career with 595 points. As a sophomore, he averaged 11.2 ppg. as Navy won the Patriot League championship to earn an automatic berth in the NCAA Tournament. He scored 14 points in the NCAA loss to number one seed Missouri.

Jim was named to the McDonald’s Classic Silver Anniversary Team in 2006, joining the likes of Bobby Hurley and Chris Webber.