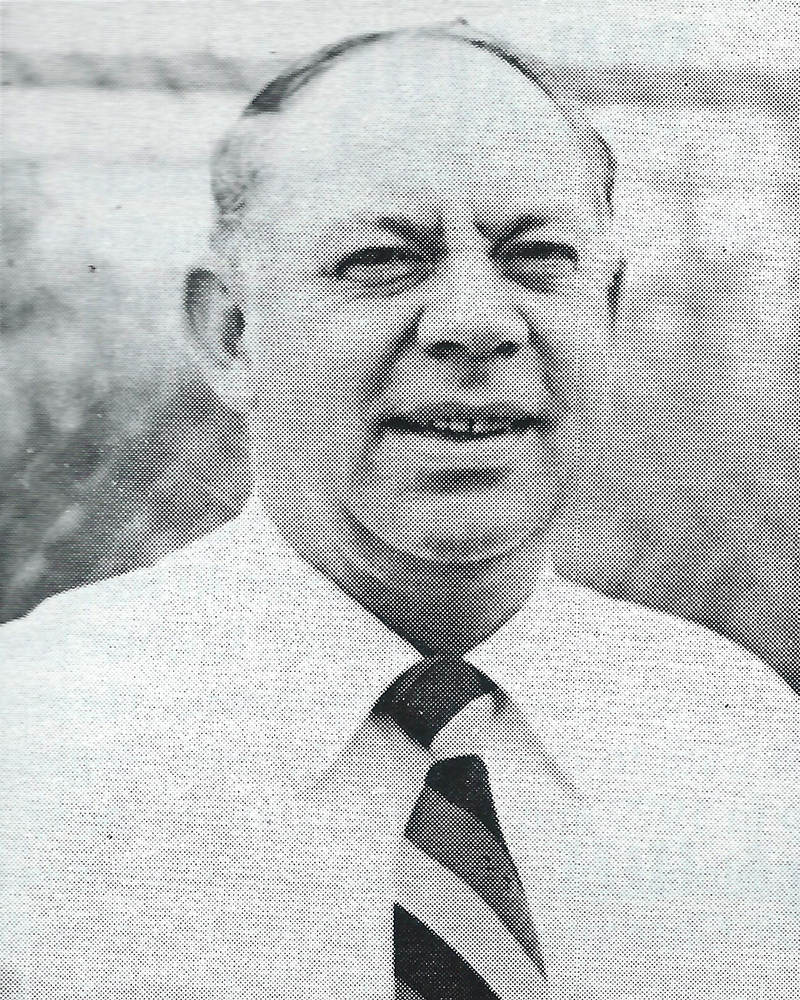 Lisle “Pete” Lightner was born in Dixonville, Pennsylvania. He was an exceptional high school athlete and held scoring records in basketball for 20 years. After graduation in May 1943, he joined the Marines and fought in World War II. After the war, he attended Slippery Rock University where he played basketball. Pete moved to Eric to accept a job at General Electric in 1947. He married and raised 5 children, 12 grandchildren and 2 great grandchildren.

Pete coached basketball and officiated 40 years in PlAA, 15 years in NCAA (all 3 levels), and was instrumental in developing and working with younger officials. He was one of the founding members of the Gem City Track Officials’ Club and remained as an official for 25 years. Pete coached softball and was the District 7 Deputy Commissioner. He oﬁiciated at State Fast Pitch Championship level games for 25 years, five Central Atlantic Fast Pitch Regionals, two National Fast Pitch Championships (Allentown, PA, 1976, and at Dectur, IL, 1980), and was invited, but had to decline, a World Fast Pitch Tournament in New Zealand, 1976. Pete was President of ASA District 10 Umpire Association for 25 years, and President of YMCA Industrial Athletic Federation for many years. Mayor Louis J. Tullio proclaimed October 23, 1976 to be Lisle “Pete” Lightner Day and Pete received a proclamation and the key to the City of Erie. Pete was the first local inductee in the State Fast Pitch Softball Hall of Fame in York, PA and received the Notable Achievement Award from Pennsylvania Sports Hall of Fame (Metropolitan Erie Chapter). Pete always was an active member of all of his children’s High School Booster Clubs. He officiated at numerous charitable basketball and softball games throughout the community.