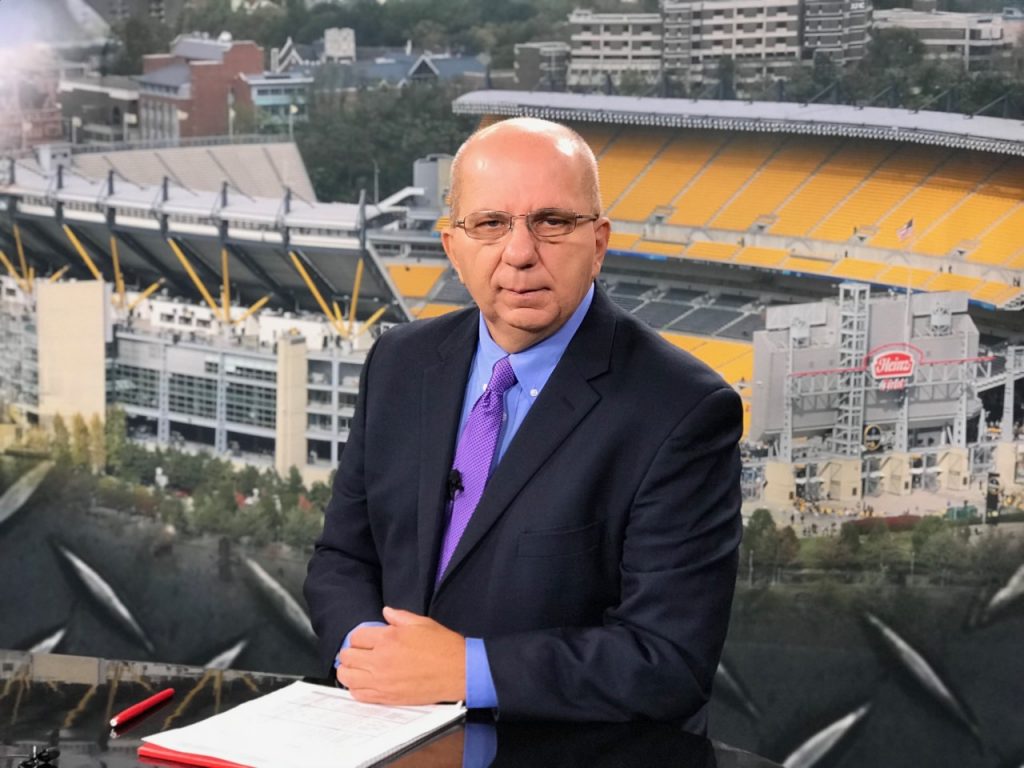 Mike Gallagher is a highly-respected member of the Erie area sports media who served as a sports anchor at WJET TV from 1984-2011 and is a six-time Associated Press Sportscaster of the Year winner in Pennsylvania.  He is also a five-time Pennsylvania Association of Broadcasters’ Award Winner for Excellence in Broadcast Sports and a two-time Association of Broadcasters award winner.  In 1989, he became the first Erie sportscaster to receive an Emmy nomination for his coverage of the death of a high school football player.  He finished third in the voting behind two national stories, including an earthquake in the World Series and the death of the commissioner of major league baseball.  In 1992, he was a feature reporter for This Week in Baseball with Mel Allen, and after 9-11 he was hired by New York City mayor Rudy Guiliani to produce security videos geared at Fortune 500 companies.  His photos have been seen in Sports Illustrated among other national publications. He produced a mini documentary on ESPN about Dan Marino’s football life; has had highlights featured on ESPN SportsCenter’s Top 10, and was instrumental in getting an E:60 produced on Strong Vincent High School basketball. He was inducted into the Edinboro Hall of Fame as the Distinguished Service Award recipient in 2015.