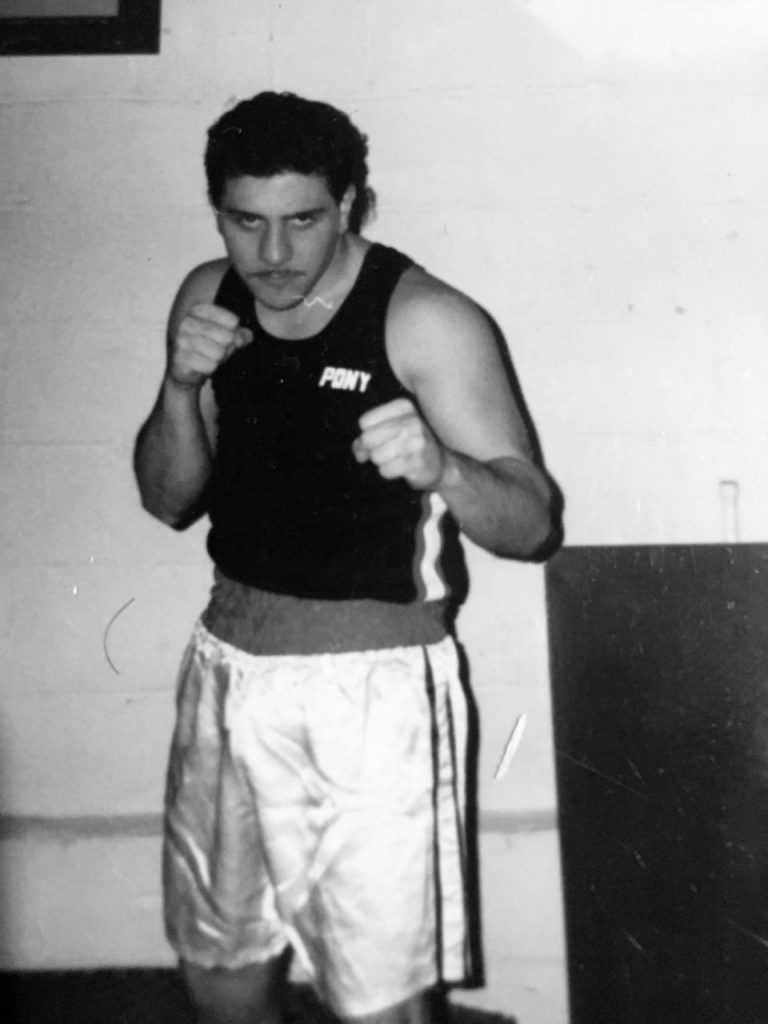 Mike is renowned for his boxing career and was inducted into the Pennsylvania Golden Gloves Hall of Fame in 2015. He won the Keystone State Games state championship in 1986 and was a four-time Golden Gloves champion – 1988-89-90 and ’92. He is the only Erie fighter to hold four Golden Gloves titles and state titles.  All told, he has won ten titles. He missed the 1991 Golden Gloves while fighting in Sweden PAL Nationals, winning the silver medal. Mike trained and fought in Colorado Springs for the USA Olympic Trials, where he was a teammate of Oscar De La Hoya, Sugar Shane Mosley, and Shannon Briggs. Mike posted a record of 15-1-1 with 10 KO’s as a professional, and had a 57-5 record as an amateur while fighting as a super lightweight. As a pro, he fought on the undercards of Roberto Duran and Hector Camacho. Mike was presented the key to the city by Mayor Joyce Savocchio.