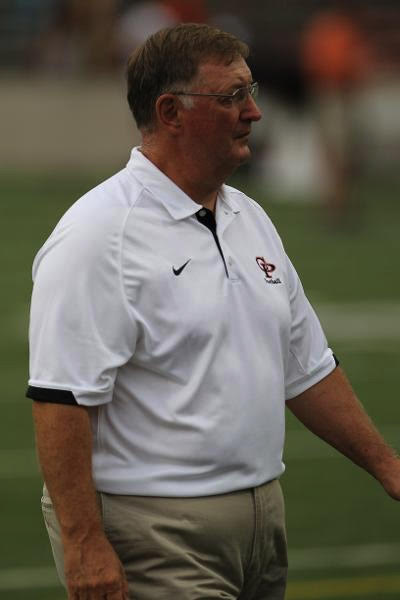 Pat has served as an assistant football coach at Cathedral Prep for 41 seasons and a total of 498 games, with wins in 379 of those contests. He was inducted into the Cathedral Prep Hall of Fame in 2021. He served as the top assistant coach for the two winningest coaches in Erie County history – Mina George and Mike Mischler. Including his time as an assistant coach at Kanty Prep, he has served for 47 seasons and been a part of 413 wins in 547 games. Pat has coached in nine PIAA state championship games, including five state titles. In addition, he has coached in 26 district championships and been a part of countless metro and region titles. In his role as offensive line coach, he has coached some of the most renowned players in Erie and state history, including Metro Erie Hall of Fame inductees Mark Stepnoski and Charles Rush, plus Rick Kaczenski and Fredrick Scruggs, among others. He is renowned for his overall knowledge of the game, commitment to teaching the fundamentals of the game and ability to get the most out of his linemen – especially those not considered elite athletes. During that same period Pat has devoted to his life to teaching.