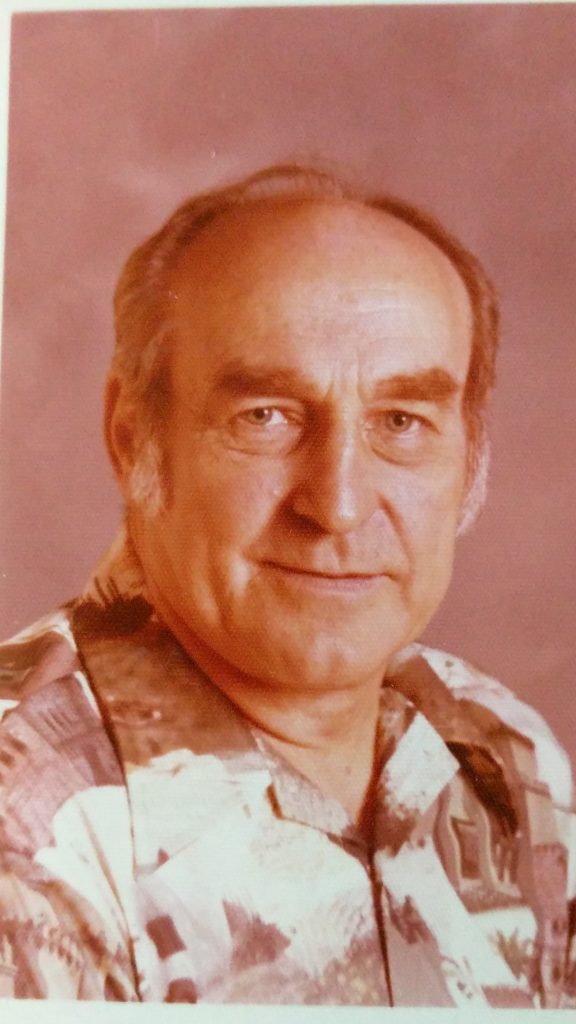 Ronald “Bud” McCoy began his athletic career in 1936 at Rice Avenue Union High School.  In 1939, he played fullback in the inaugural City-County All-Star Game, now known as the Save-An-Eye Game. Bud was offered a full athletic scholarship to Bowling Green College. However, due to an unforeseen medical occurrence that required surgery, the scholarship was rescinded. He went on to Edinboro State and earned letters in football and basketball, and had tryout offers from four NFL teams. His collegiate career was interrupted by World War II as he served in the Army infantry as a rifleman. He would take part in the Battle of the Bulge. During the engagement, he was ordered to run a machine gun across a field and was shot in the knee by the Germans while doing so. That ended his ability to play at the professional level. He would return to Edinboro and play football and basketball following the war. After graduating from Edinboro in 1947, he was hired by the Millcreek Township School District to coach the line at McDowell High School. He would coach for 22 years before he was ordered to give it up due to health issues. McDowell head coach Joe Moore noted in an article with Erie Times News on Sept. 5, 1969: “He was one of the best.”